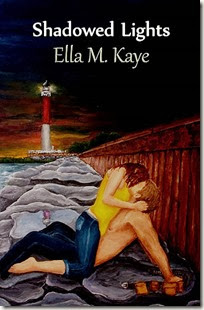 Email ellamkaye.author@gmail.com for a chance to win a copy of Shadowed Lights! One commenter here will win. Be sure to say you were at Contemporary Fiction Network. I have several blog posts today. Find them all at https://www.facebook.com/pages/Ella-M-Kaye/296290567154940

Shadowed Lights can be sent in pdf, epub, or mobi.