Do you love a bargain? So do I! Here are my book bargains for November and Black Friday. Happy Shopping!

If you enjoy contemporary stories and romance, please consider my Romantic Thrillers. These are big novels, (over 300 pages)  in the tradition of Mary Stewart, with multiple viewpoints and sweeping stories. You can pick up them for the bargain price of $1.99  each (or £1.27)

"Voices in the Dark"

There has always been a mystery in Julia Rochfort's family. Who killed her grandfather Guy, a member of the Italian resistance movement in World War Two? When Julia travels to Florence to compete in a singing competition, she meets Roberto Padovano, already an established opera star, and they discover that they have a lot more in common than simple attraction.

"Night of the Storm"

When Melissa, a wildlife photographer, goes to the unspoilt Greek island of Asteri to investigate the death of her lover Andrew, she discovers a deadly wildlife smuggling conspiracy. Suddenly on the beautiful island romance mingles with fear.
From Amazon US
From  Amazon UK 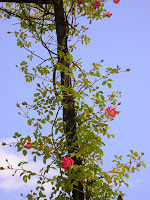 please consider some
of my other
Romance bargains:

To save her son she must risk losing the love of her life.

“Mistress Angel” is a medieval historical romance novella of 28,000 words. It is a sweet to sensual romance story, set in a time when women had little power and fewer choices.

Once a child-bride, intended to stop a blood-feud between rich and ambitious families in fourteenth century London, Isabella is now a young widow, a medieval Cinderella, tormented and blamed. Seeking always to escape her grim destiny, she can just endure it but when her beloved son Matthew is torn away from her care, spirited somewhere into the country by her malicious in-laws, Isabella is desperate. To save her son she will do anything, risk anything. Even if it means she must lose the love of her life, the handsome, brave armorer Stephen Fletcher, who catches her when she falls from a golden cage and who calls her his Mistress Angel.

Buy now at Amazon.com and Amazon.co.uk.

How Far Dare You Trust Your Lover? Especially When He is Also Your Master?

Spirited young scribe Flavia hopes for freedom. She and her fellow slaves in Aquae Sulis (modern Bath) have served the Lady Valeria for many years, but their mistress' death brings a threat to Flavia's dream: her new master Marcus Brucetus, a charismatic, widowed officer toughened in the forests of Germania. Flavia finds him overwhelmingly attractive but she is aware of the danger. To save her life and those of her 'family' she has forged a note from her mistress. If her deception is discovered, all the slaves may die.

For his part torn between attraction and respect, Marcus will not force himself on Flavia. Flavia by now knows of his grief over the deaths of his wife Drusilla and child. But how can she match up to the serene, flame-haired Drusilla?

As the wild mid-winter festival of Saturnalia approaches, many lives will be changed forever.


Also from Bookstrand, you can buy my historical romantic suspense "A Secret Treasure" for half-price.

The Greek island of Rhodes: luxurious and hot, beloved haunt of the Sun God, steeped in the mysteries of the past. In the late 1930s during the gathering storm-clouds of war, it is a dangerous place to fall in love.

When pretty, passionate Eve Burnett meets the darkly intriguing Julio Falcone, she is torn. As a man, Julio is powerfully attractive. As a policeman, he is bound to be a Fascist. Her brother, David, who is missing, is connected to the Greek Partisans who wish to liberate Rhodes from their Italian overlords.

Now, as David appears at their parents' house soon after Julio makes Eve's acquaintance, Eve is compelled to hide her brother and a mysterious gold statuette. The Fascists are looking for him and this secret treasure. Soon, Eve realizes that she may be forced to choose between the man she loves and the ultimate safety of her family.

Also my medieval historical romance "A Knight's Vow" for just $2.99

England, 1138. Set against the dangerous backdrop of the crusades, this sweeping romance captures the story of a beautiful, young woman and the dashing knight who will battle his fiercest enemies to win her undying love....

You can read more, including reviews and an excerpt, here