Being Detained at Her Majesty's Pleasure...


Being a Brit, I tend to base my stories in England. This time, With Silver Lining released today by SirenBookStrand, in the spirit of international relations, I've added a hunky American investigative journalist as hero! 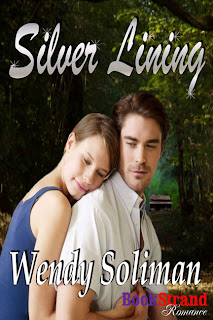 Lauren Miller, jailed for embezzlement, survives her sentence by plotting revenge against the man who put her there. Once released, she’s content to bide her time—until a contact is murdered and she becomes the prime suspect.

Nate Black, an American journalist, offers to help Lauren clear her name by trapping the mastermind behind her crimes in a daring sting operation. Thrown together, Lauren and Nate are drawn toward one another and make passionate love. But still, a vital question remains unanswered, driving a wedge between them.

What happened to the money she stole…

Here’s how Lauren reacts to her first sight of Nate.